As a sedentary bird, the Caspian Snowcock is a typical high-mountain and alpine species. The bird is distributed in the mountainous regions of north, northwest and western parts of Iran. In this respect, in recent years, the populations of this species are declining due to habitat destruction, unregulated hunting, overgrazing, etc. Therefore, conserving the relatively large patches of habitat is very important in order to support the species’ vital requirements. In this study, the habitat suitability of Caspean Snowcock in Charmahal and Bakhtiari Province (as a region containing mountainous landscapes) has been investigated. According to the results, elevation (44.3%), annual precipitation (19%), slope (17.2%) and human footprint (8.5%) contributed the largest percents to the habitat suitability model. Potentially, the Caspian Snowcock can occurs in habitats with elevation of 1700 to 4150 m above sea level. However, only 0.81% of suitable habitats fell within elevation of 1700 to 2000 m. The estimated suitable habitats of the species cover approximately 19.4% of this province, but only about 15.8% of these areas are officially protected. On the other hand, human disturbances such as residential locations, roads, overgrazing and collecting of medicinal and aromatic plants could lead to accelerating the habitat degradation and fragmentation. To further assess the impacts of habitat fragmentation on the Caspian Snowcock, it is suggested to survey the dispersal capacity of this species as well. In addition, considering ecological niches, the Caspian Snowcock can be regarded as an umbrella or flagship species in the high altitude mountains of this area. 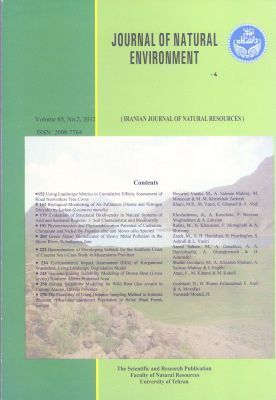